The long awaited day is here. Thousands – no, millions – have sat – no, on third thought it’s probably something like billions; sorry – HAVE SAT monk-like, forgoing even basic human qualities of living such as eating, sleeping, having sex, or even drinking water. They wander the desert, like the Israelites of the Old Testamant, waiting for someone to deliver them.

No longer! That’s right, Firmament is out! It’s “just” a demo, and it spans the first part of the game. The finished product will be perhaps four times larger, or perhaps will never exist. Here are some neat stats about the game!

Download the game here, extract it, and run firmament.exe.

Step one: Download a real desktop operating system. Just kidding! The game is build as a cross-distro binary. Download it here, extract it, and run firmament.

OK, this one is ever so slightly more involved. Apple requires you to jump through a ton of hoops to publish software in any capacity, including paying them $100. The MacOS build of the game is signed, but you’ll need to manually approve it.

Download the game (Intel is here, M1 is here). Double click to extract it. You now have a file called Firmament.app. Drag this file to your Applications folder.

Double click on Firmament.app to run it. MacOS will give you a helpful popup that you’re being naughty. 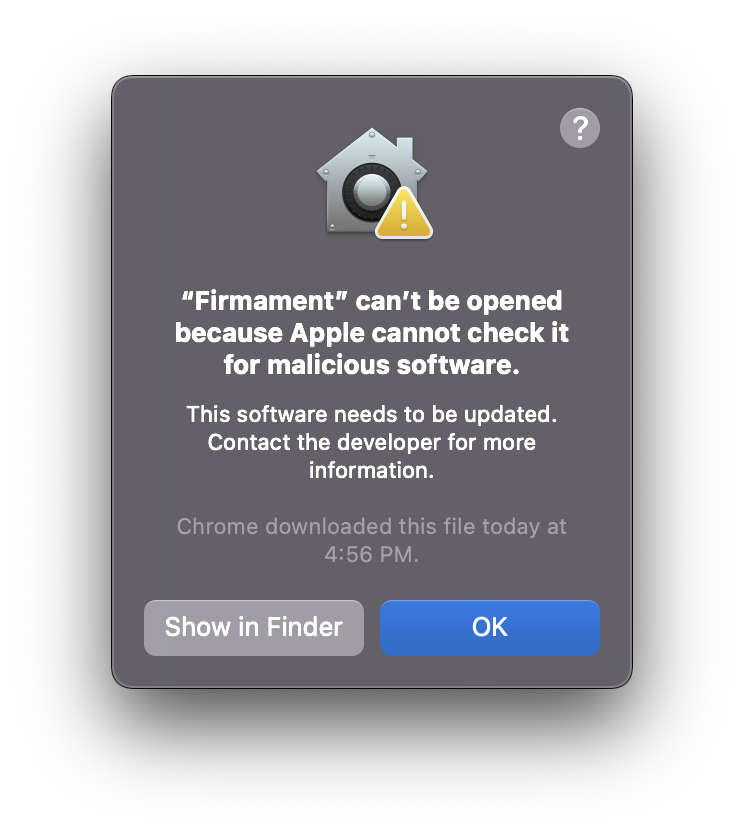 All you’ve got to do is manually approve the app. Open System Preferences, and select the icon called Security and Privacy. You’ll see something like this: 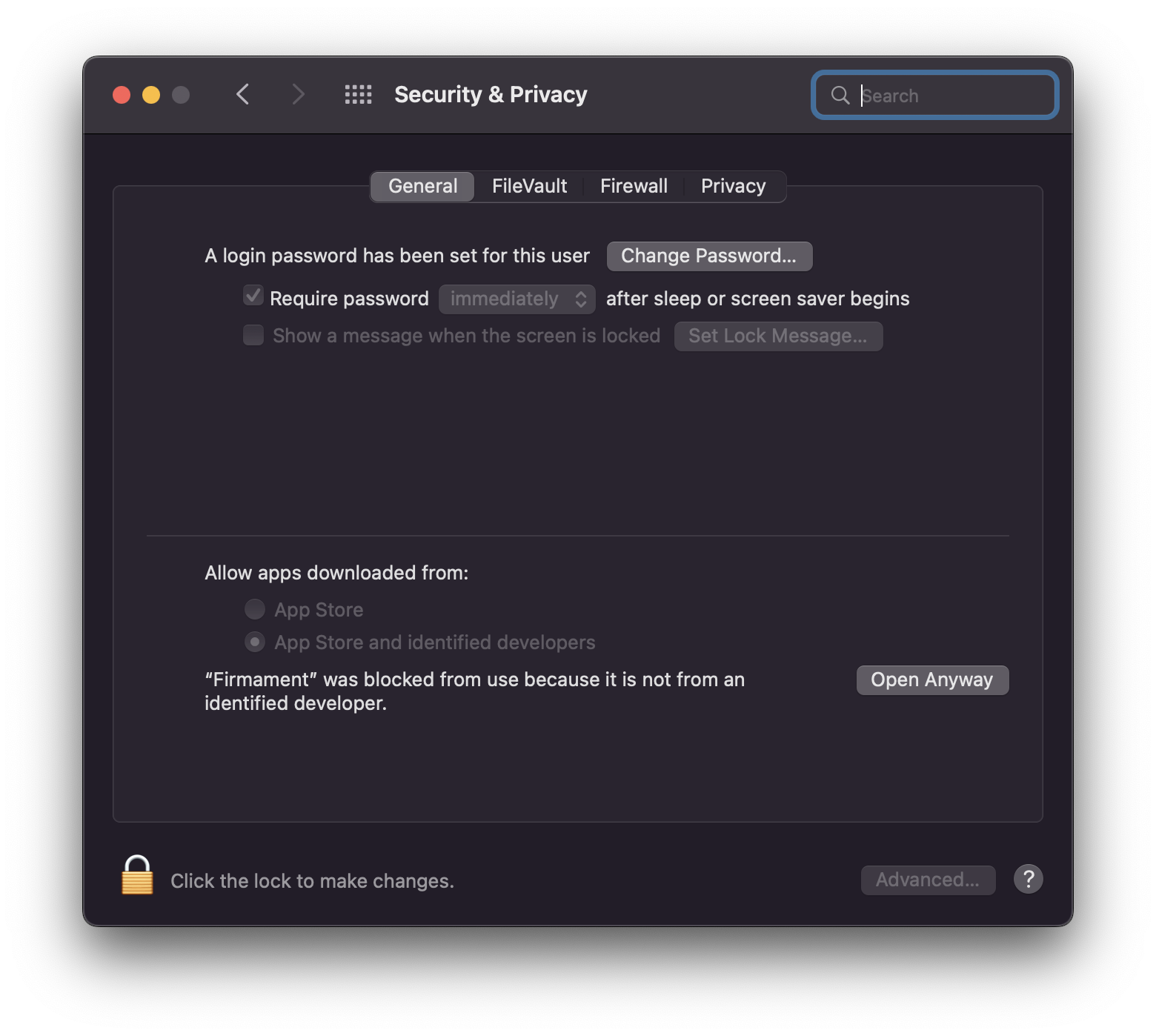